Yes that’s correct! Most people seek chiropractic care for alleviation of aches and pains, but relief of low back pain, neck pain and headaches are among some of the smallest benefits that one would achieve with chiropractic care, especially if that person was an expecting mother. With this article, I would like to discuss the many benefits of chiropractic care during pregnancy.


Many women report having low back pain during pregnancy.? It seems to be a very common complaint with 76% of pregnant women reporting to have pain at some point in their pregnancy . This pain can be caused by a number of different reasons but the most common cause is directly related to the alignment of the spine.? As the belly of a pregnant mom continues to grow to make room for her developing baby, it can cause an increased curvature of the lumbar spine, called hyperlordosis. This happens so that the mom’s center of gravity can be maintained, but this can put added stress on the spine and surrounding muscles and also the nervous system.? Also, as the baby grows it can put increased pressure on the large bones of the pelvis called the ilium and sacrum. With this increased pressure, the ilium and sacrum can become misaligned, causing significant pain in the sacroiliac joints, the two large joints in the low back where each ilium meets the triangular sacrum. During pregnancy, there are also many? physiological and hormonal changes that are taking place in the mother’s body which cause the ligaments of pelvic girdle to become more lax. This can also lead to pain and discomfort.

Another important concern that arises with pelvic misalignment in a pregnant mom, is space for a growing baby. As the bones of the pelvis shift, there may now be less room for the baby to fit properly into the pelvis, this is called intrauterine constraint and it can make the mother’s ability to have a non ? invasive delivery nearly impossible. Intrauterine constraint can lead to a breech or posterior position of the baby which may ultimately end up with a ceasarian section if the baby is unable to get into a more favorable position . This is where chiropractic can help! Dr. Larry Webster, the founder of the International Chiropractic Pediatric Association or ICPA, worked diligently to develop a non-invasive, very gentle, and very specific chiropractic technique designed to relieve intrauterine constraint, allowing a breech or posterior baby to move into a more favorable labor position. This technique is called The Webster Technique after Dr. Webster of course. Peer reviewed studies have shown an 82% success rate of breech babies turning to the vertex, or head down, position after the mom had received the Webster Technique .? With a balanced pelvis, the baby will be in an optimal position for delivery, making the delivery much easier, safer, and shorter for both mom and baby.

As a Doctor of Chiropractic, I specialize in family, pediatric, and pregnancy health and wellness and am highly trained in The Webster Technique and special adjusting techniques for pregnancy and infants. If you are pregnant, planning on getting pregnant or even postpartum, consider chiropractic as part of your healthy lifestyle. At Covington Family Chiropractic, your family’s path to better health starts here! 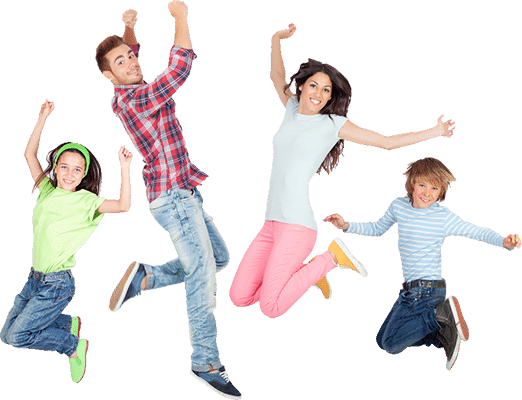 We invite you to come in and sit down with us for a complimentary consultation and see how your life could improve with chiropractic care.

At Covington Family Chiropractic, we care for the whole family, from newborns to seniors. We help people of all ages, backgrounds, and health conditions get healthier. We know that healthy families are strong families.
Facebook-f Twitter Instagram Youtube